Claude Lortie has been a farrier for over thirty-eight years, and he’s just now started a brand new project—passing on the knowledge he’s accumulated from his thirty-eight years to a new generation of farriers, educating them in the craft of the farrier the same way he learned—by apprenticing!

In the early 1980’s Claude apprenticed for five years under two different farriers, competed as part of the Canadian Farrier Team in the early 1990’s and followed that by traveling in Europe to continue his education.

Traveling is a time honored part of the apprentice experience in Europe, and to facilitate his future apprentices travels, Claude has added a new farrier rig by Bay Horse Innovations of New York—their 66x78 mini-trailer.

It’s the perfect rig for an apprentice to tow with an economical vehicle and still contains everything they need to get the job done. While Claude was in town to pick up the new trailer, he had Gene and the crew at Bay Horse repair his other rig as well!

Say’s Claude “Gene and his team are very professional and I appreciate their work very much”. 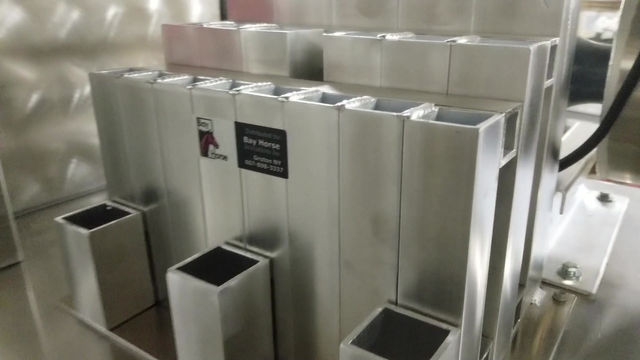